Four EIT Climate-KIC innovators have been nominated to win EIT Awards, which recognise the most promising entrepreneurs and start-ups in Europe.

The EIT Awards is an online event happening on 8 and 9 December to promote European innovation and encourage entrepreneurship by highlighting exceptional ventures and teams from the EIT Community. The selected nominees—28 innovators from 13 different countries—have created ground-breaking products, services and projects that tackle global challenges in the fields of climate, energy, digitalisation, food, health and raw materials.

The EIT recognises the outstanding achievements of members of its Innovation Communities (KICs) through five categories: EIT CHANGE Award, EIT Innovators Awards, EIT Venture Award, EIT Woman Leadership & Entrepreneurship Award and EIT Public (Citizen) Award. Prizes of €50,000 for the winner, €20,000 for second place and €10,000 for third place will each be awarded for the first four categories. 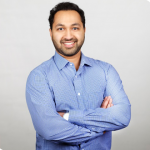 EIT CHANGE Award: Chaitanya Dhumasker is the Co-founder and CEO of MonitorFish GmbH, a German start-up that uses artificial intelligence (AI) and digitalisation to empower fish farmers to feed the world sustainably. Dhumasker attended the EIT Climate KIC Master Label, the Journey, the Greenhouse and the Accelerator programmes. 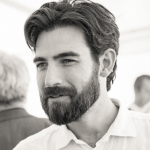 EIT Innovators Awards: Xavier Bengoa of Quantis is the Project Manager for geoFootprint, an online, public and collaborative tool that fosters the sustainable management of agricultural systems. The geoFootprint project was launched in June 2018 with the support of EIT Climate-KIC and a diverse group of agri-food companies. 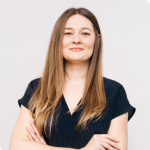 EIT Venture Award: Martyna Sztaba is the Co-founder and CEO of Syntoil, a Polish circular economy start-up that transforms contaminated soot into recovered carbon black, thereby limiting the usage of fossil fuels, waste and carbon dioxide emissions in the tire and rubber industries. Syntoil was founded in 2015 with the support of EIT Climate-KIC. 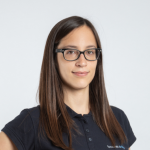 EIT Woman Leadership & Entrepreneurship Award: Cristina Aleixendri Muñoz is the Co-founder and COO of the Spanish start-up bound4blue, a system that helps ship operators save fuel and cut costs—while also reducing emissions—by using wind to drive their engines. In 2019, bound4blue was included in Phase 3 of the EIT Climate-KIC Accelerator programme. Muñoz has also participated in several EIT Climate-KIC events, presenting bound4blue at the Super Lab Ports Corporate Day and in two investment forums both regionally and online (including the Deal Stream show).

Join online for the live event taking place in Budapest in December to find out who the winners are!