Kirsten Dunlop: "We need to build the narrative of hope to reach the DSGs." - Spain

Kirsten Dunlop: “We need to build the narrative of hope to reach the DSGs.”

Kirsten Dunlop, CEO EIT Climate-KIC, participated in Madrid in the conference “The unavoidable Transformation: Research and Innovation to accelerate the fulfillment of the 2030 Agenda” which aimed to put the best knowledge and innovation at the service of the change we need to accelerate the achievement of the Sustainable Development Objectives. 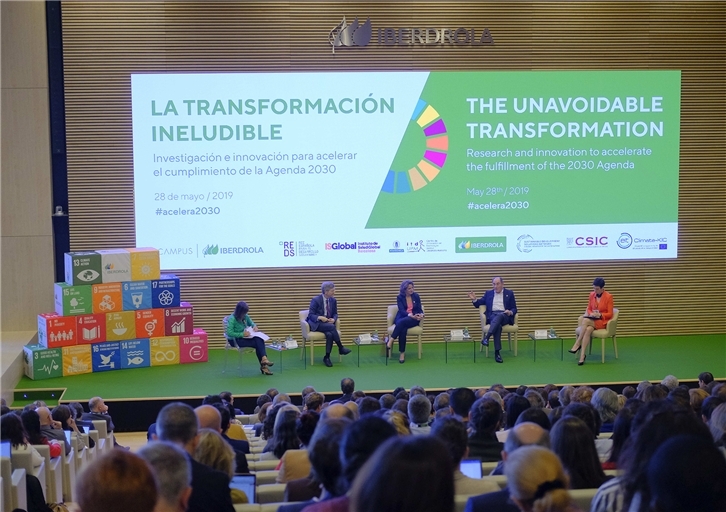 In her speech, Dunlop spoke to an audience of more than 300 experts about the need to take a systemic view in order to fulfill the UN’s environmental goals. And in this task, we must keep our eyes on the long term while implementing short term actions, she added.

The CEO of EIT Climate-KIC highlighted the role of narratives in achieving the goals set by the 2030 Agenda. For this reason, she remarked, “we need to feed the narrative of hope to reach the ODS because if we promote the narrative of hopelessness, we have the risk that it will win”. 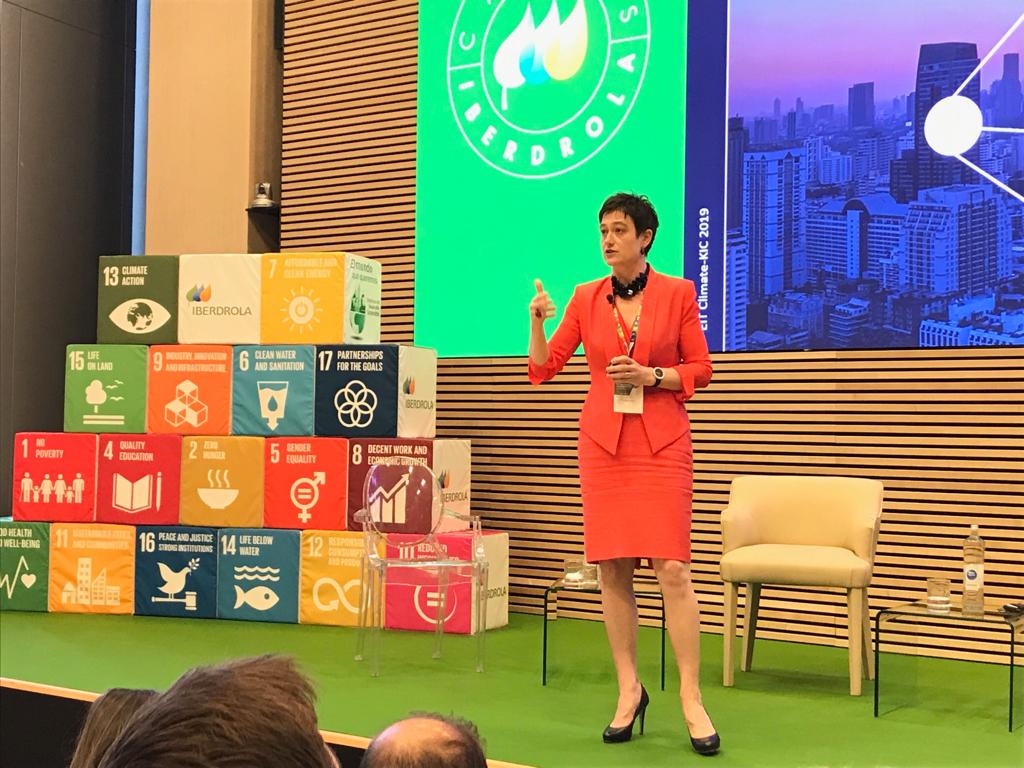 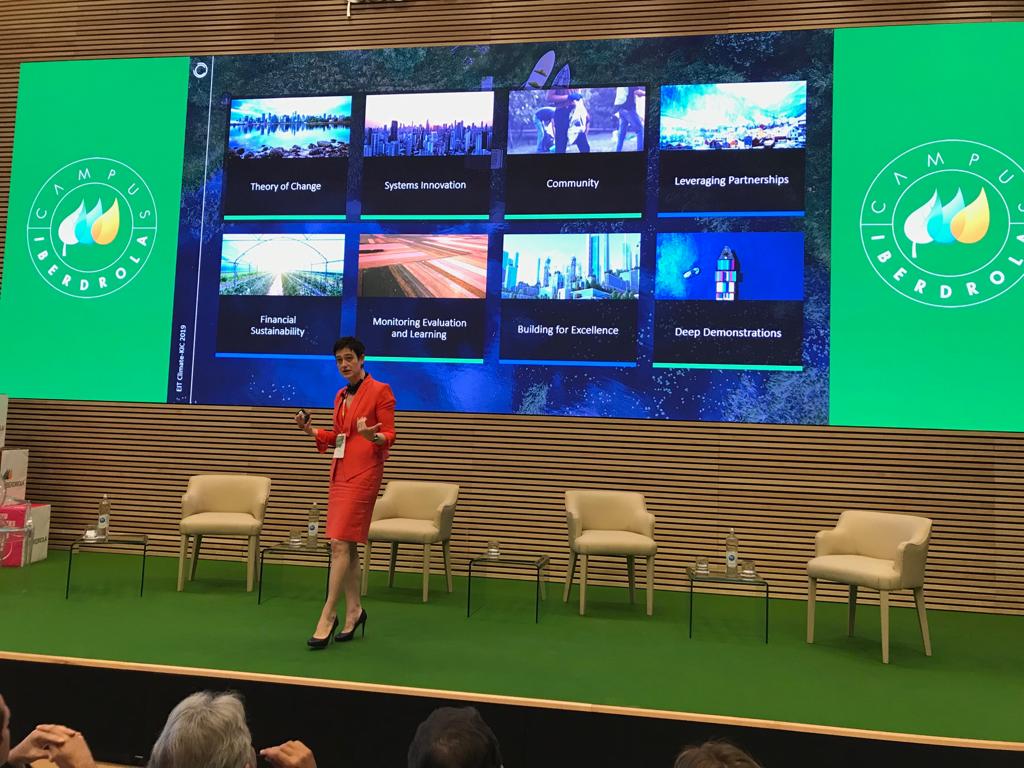 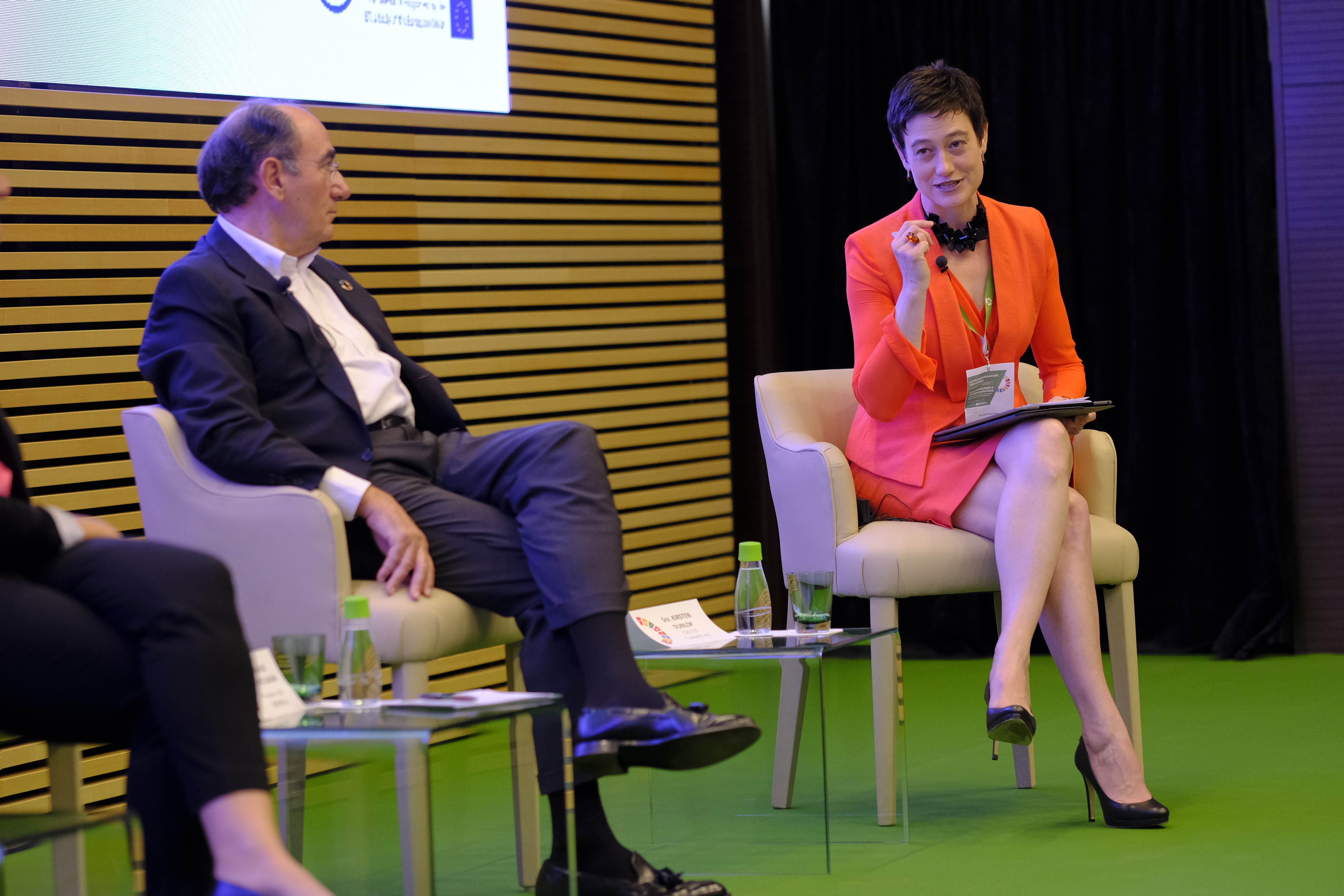 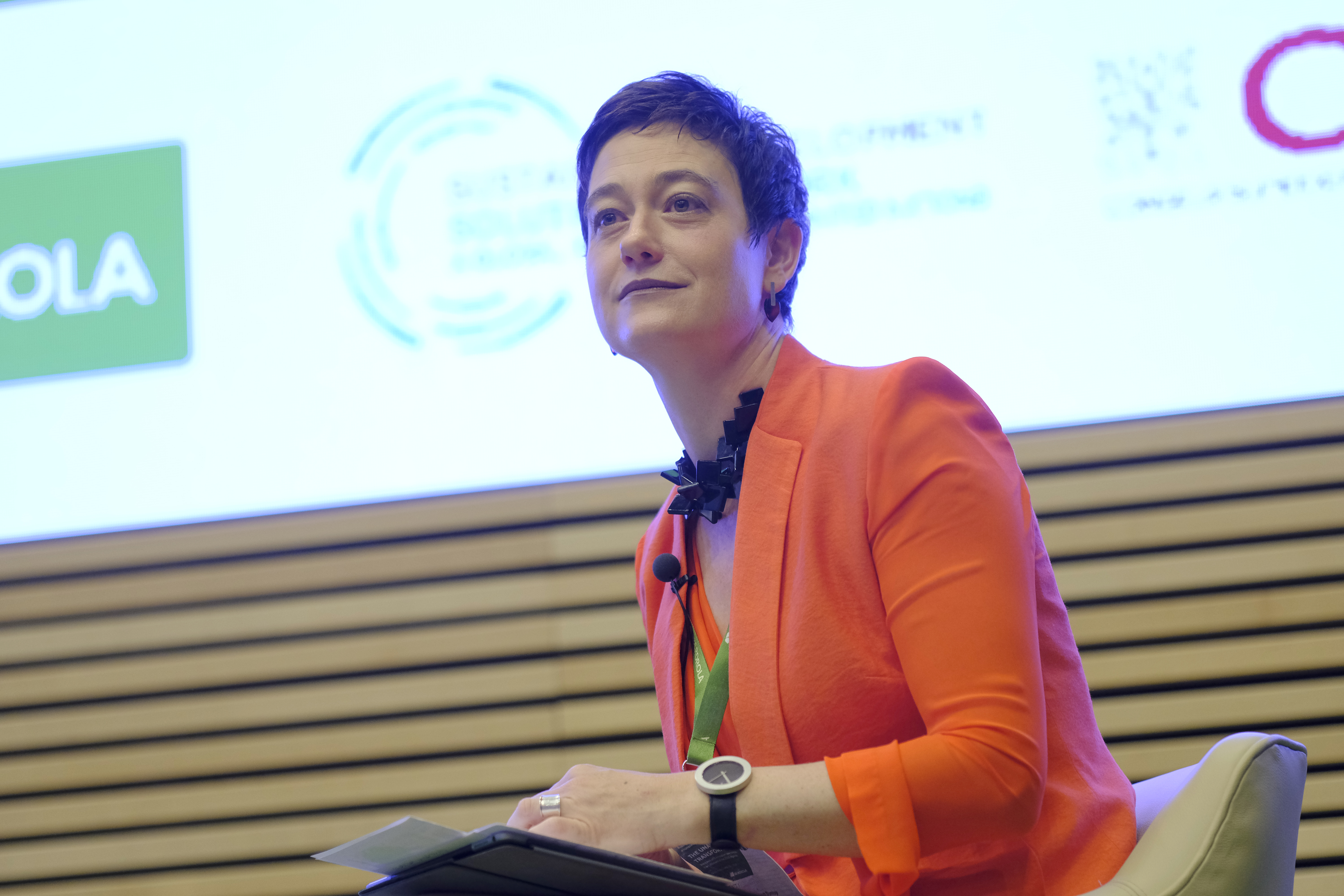 “That’s why we need to use innovation to tackle the uncertainty of a world we don’t yet know. Between now and 2030 we must make a change in business models so that they are able to anticipate this uncertainty and give a rapid response to situations that we have never experienced before”.

Kirsten Dunlop, who later took part as keynote speaker in the interactive seminar on the need to go beyond incremental change, said that the 2030 Agenda requires profound transformations of a systemic nature. “In EIT Climate-KIC we have completely changed our approach in recent years because if we want to continue living, we need a huge, tremendous change for which there is no precedent. That’s why we’re talking about escalating. Europe needs large-scale examples of what could be alternatives to the current system“.

The CEO of EIT Climate-KIC was referring to the Deep Demonstrations which are a central part of the EIT Climate-KIC strategy. At the demand of municipal authorities, regional bodies, governments or industry, EIT Climate-KIC focuses its efforts on systemic innovation to achieve structural and exponential change that leads to Net-Zero Emissions and a resilient future.

Spanish Minister Teresa Ribera agreed with Dunlop on the systemic approach to the problem. Regarding ecological transformation, she highlighted “it is a systemic, polyhedral and transversal reality in which there are different levers that we must activate“. “This brings us to be honest in our approach”,  she added, “and to accept that we have many things to change and that changes are not going to be perfect. There will be difficulties, fears, concerns that we will only be able to face with transparency in the process. In this regard, she warned that “if inertia and short-termism are imposed, it will be impossible to transform society”. 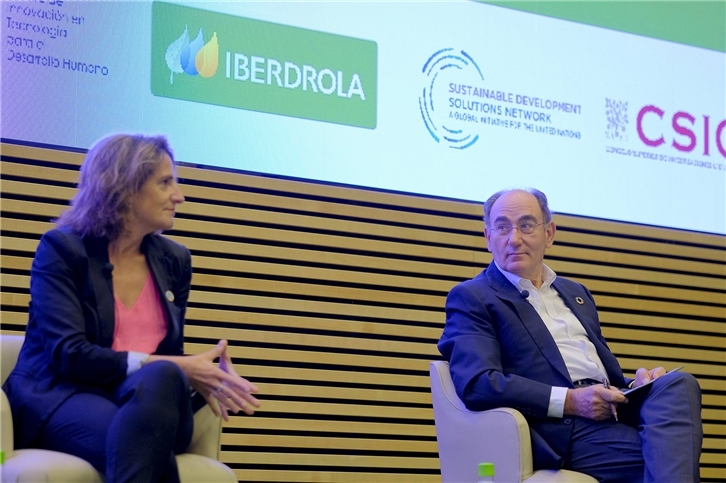 She therefore emphasized the need to identify and enhance the benefits of the process of change, including the positive impact on public health or job creation. “There are infinite positive things associated with that agenda“,she said.

As for the ODS, the Minister highlighted the concepts of interdependence and finiteness. “The world is much smaller than we thought and is limited, so we are all called to cooperate in order to co-construct and advance society as a whole. This is a constructive agenda“, she added.

On the other hand, the Spanish Minister has launched a warning stating that we cannot build change from an egotistical premise. “We have to build from the variable of solidarity, and this means making long-term policies.” Any company seeking to improve its productivity through low wages for skilled jobs is doomed to failure. We cannot remain at the highest profit in the short term. “Neither can the administration“, she added.

Finally, Ribera said that Spain is at an excellent time with great young heads that is the most naive and innovative for social and technological innovation to take place,and she concluded that “governments must be able to activate the levers that can promote change to build a better future”.

The table has also had the participation of the director of the SDSN, Jeffrey Sachs who has issued a warning that “we do not let the market destroy the planet”.

“In the face of my country’s blindness, stupidity and selfishness, Europe should look to China and India to create a Eurasian sustainable development partnership that includes Africa.” To this effect, Sachs added, “we must stop fighting among ourselves and start cooperating to build a world in which everyone wins, against what the US wants”.

The president of Iberdrola, Ignacio Sánchez Galán, has stated that the company is “committed to sustainable development and SDGs from the beginning“, and added that “it has not been easy for the industrial world to understand that it is necessary to change things and do them in a different way”.

In this sense, he has defended that for the industry the fulfillment of the SDGs “should not be a problem, it should be taken as an opportunity”, and he has noted that it is a process that must be carried out “without losing competitiveness and without harming the consumer“.

In fact, he stressed that Iberdrola includes in its management analysis reports the monitoring of its level of fulfillment of SDGs and was pleased because “it does not seem that large investors have any objection, but quite the opposite”.

“All this is good for the planet, for society and for the shareholders“, continued Galán, who stated that “those companies that have taken the flag of doing things differently have gone for the better and those that have stagnated in the past are sinking“.

The day ended with the signing of the Madrid Manifesto in which the public and private sectors, activists, academics and political leaders, both young and old, joined together to call on the international community to accelerate the process of implementing Agenda 2030 through a determined strategy. And to appeal to societies to unite, beyond our differences, not to lift the accelerator if we want humanity to have a future.

The 3rd LOOP-Ports internal meeting is held in the Port Authority of Ravenna
CLIMATE-KIC NEWS
#SuperLabPorts, new Hub in Valencia for innovation and entrepreneurship in Cli...